Iberia enters written records as a land populated largely by the Iberians, Basques and Celts. Early on its coastal areas were settled by Phoenicians who founded Western Europe’s most ancient cities Cadiz and Malaga. Phoenician influence expanded as much of the Peninsula was eventually incorporated into the Carthaginian Empire, becoming a major theatre of the Punic Wars against the expanding Roman Empire. After an arduous conquest, the peninsula came fully under Roman Rule.

During the early Middle Ages it came under Germanic rule but later, much of it was conquered by Moorish invaders from North Africa. In a process that took centuries, the small Christian kingdoms in the north gradually regained control of the peninsula. The last Moorish kingdom fell in the same year Columbus reached the Americas. A global empire began which saw Spain become the strongest kingdom in Europe, the leading world power for a century and a half, and the largest overseas empire for three centuries.

Continued wars and other problems eventually led to a diminished status. The Napoleonic invasions of Spain led to chaos, triggering independence movements that tore apart most of the empire and left the country politically unstable.

Prior to the Second World War, Spain suffered a devastating civil war and came under the rule of an authoritarian government, which oversaw a period of stagnation that was followed by a surge in the growth of the economy.

Eventually democracy was peacefully restored in the form of a parliamentary constitutional monarchy. Spain joined the European Union, experiencing a cultural renaissance and steady economic growth until the beginning of the 21st century, that started a new globalised world with economic and ecological challenges. 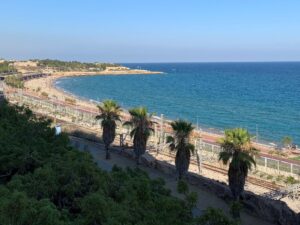 all the above make this region one of Spain’s most popular destinations.

The city of Tarragona

The most Roman of all Catalan cities, where visitors might feel nostalgic for times when Tarraco (the original Roman name of Tarragona) was capital and home to half Hispania. In addition, one can discover the rich medieval and modern heritage, the magnificent beaches and the wide range of recreational, cultural, festive activities in Tarragona

The Cathedral
Built on 12th-14th century, in the highest point of the capital, in the same site where there was once an ancient Roman temple dedicated to the imperial cult.
Roman Amphitheatre
Building that held fights between gladiators (2nd century), over which the Visigoth basilica was built (6th century) as well as a Romanesque church (12th century).
Tarragona’s beaches
Are renowned for their extremely fine, golden sand, with a very mild slope which allows walking in the water or swimming as from 200 m from the beach line. Its privileged geographic location allows enjoying a mild climate throughout the year.
Praetorium and Roman Circus
Roman tower at the Provincial Forum square (1st century) transformed into a royal palace (14th century). Roman Circus Building used to hold horse and chariot races (1st century).

This is the true World Heritage of Tarragona!

It is a heritage made up of monuments that take us back to Roman, medieval, modern and modernist eras;  A city full of surprises with thousands of years of civilization just waiting to be discovered. 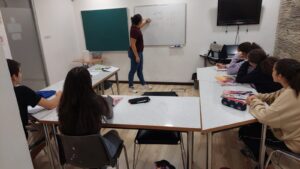 Our school is one of the oldest language  institutions in Tarragona, and was first established over 50 years ago.    Recently relocated last year to more modern premises closer to our university residences,  within only 2- minute walk away.

Quality has always been our school’s priority and our programmes focus on exploring both language and  culture.

Our teaching staff are highly qualified and experienced and the team includes a CELTA trainer and several Cambridge examiners.

Our teachers are experts in providing fun and interactive activities.  Communication is the key, no matter the level or age. 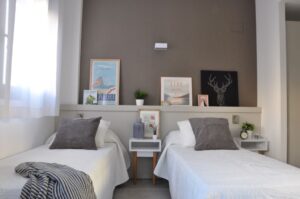 The University Residence Hall unquestionably has a great location, as it is located in the centre of Tarragona, a few minutes from the university campus and near the beaches.

Newly built and modern with all rooms , fully-furnished, with free WiFi,  offering the best atmosphere for studying and making new friends.

Double room with all comforts ensuite.

Other facilities and services  in the Residence Hall

Excursion trip to Barcelona (full day trip - extra charge)
One of the most popular cities in Europe, Barcelona is a very vibrant and dynamic city with a very rich culture and history. Sagrada Familia, Bario Gotic, La Rambla, Park Ciutadel , Gaudí’s Park Güell and many more places to see…….
Visiting Port Aventura World with over 40 attractions (Full day - extra charge).
One of the biggest FUN/THEMED/WATER parks in Europe. Port Aventura World is the perfect destination to spend a great holiday while you enjoy the best entertainment that southern Europe has to offer; and all in a setting with perfect weather where you will have a fantastic time at Europe’s leading themes park and water park while enjoying the sun and the beach.
Boat trip on the seaside of Tarragona province - Costa Dorada
an unforgettable day with activities related to the sea and the beach. It includes activities that transmit values such as respect of the natural environment and developing team building through fun!
Enjoying gold sandy beaches
and blue Mediterranean waters, while playing interesting beach games.
Jungle zip line outdoor activities
in the countryside of Tarragona. Access to all courses and try to beat the 130 challenges within a limited time.
Discovering the underground world of the Caves of Espluga
Experience the deep caves from the prehistoric paleolithic period with undeground river, and led by 2 experts guides, will learn about the geological formation that provide spectacular views
Quest through the history of Tarragona
discovering the historical facts and sights of the 1st Roman city on the Iberian peninsula. 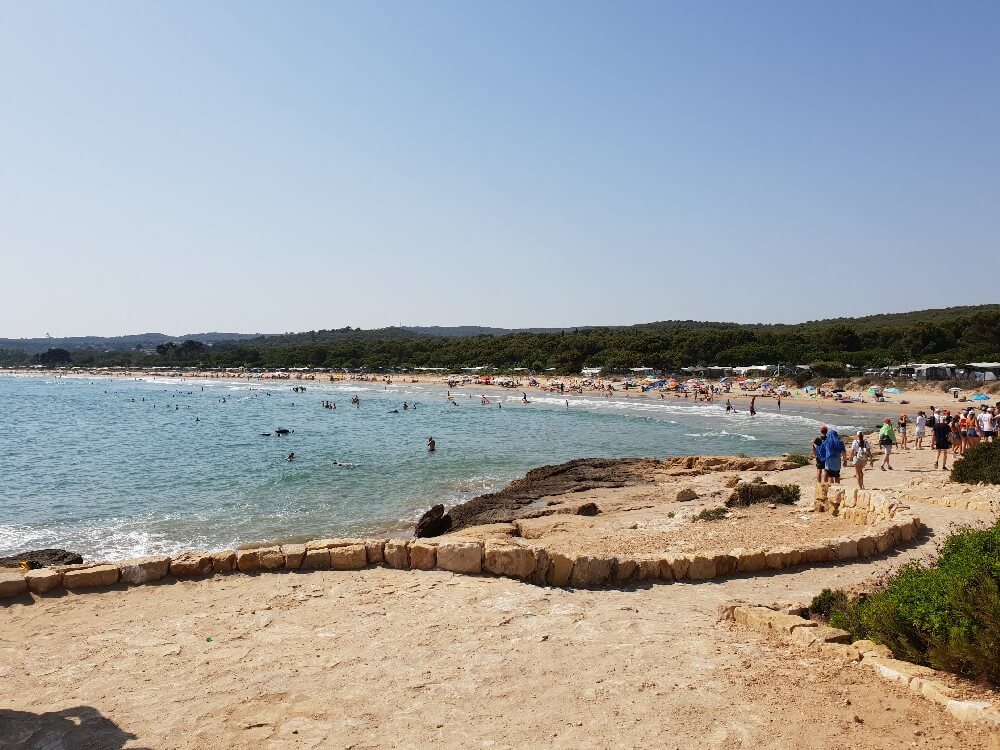 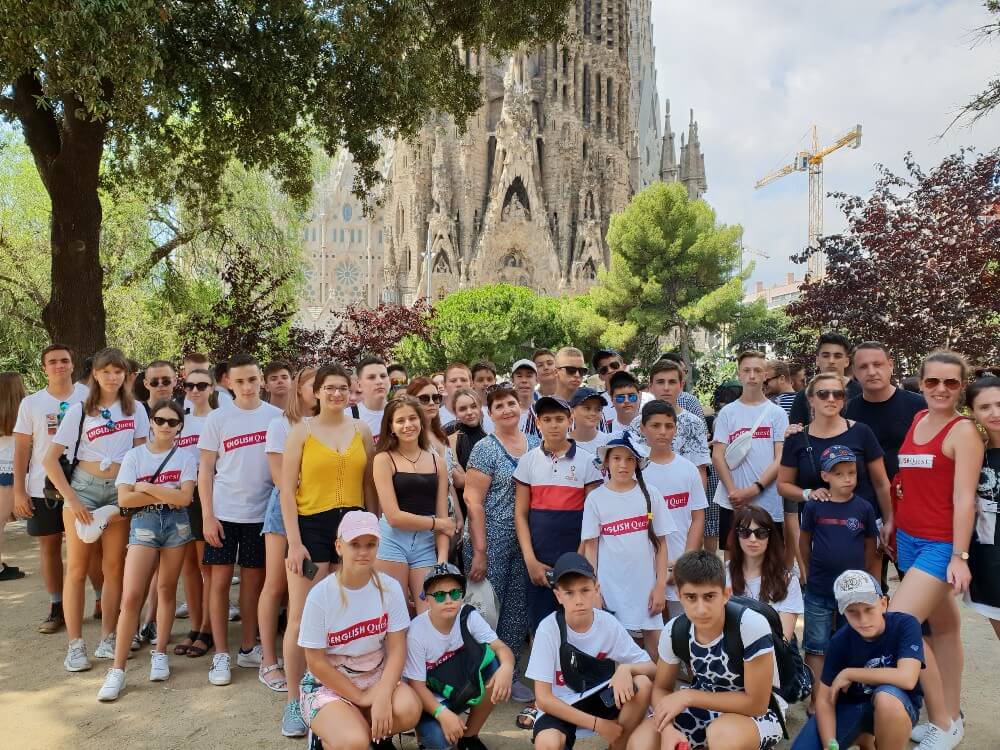 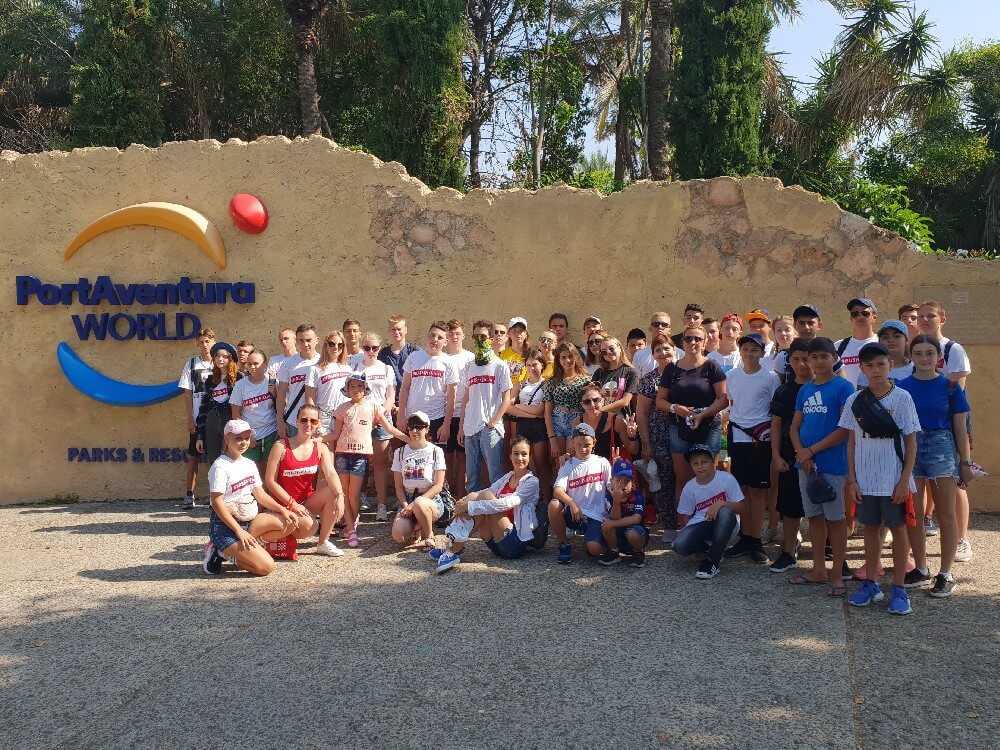 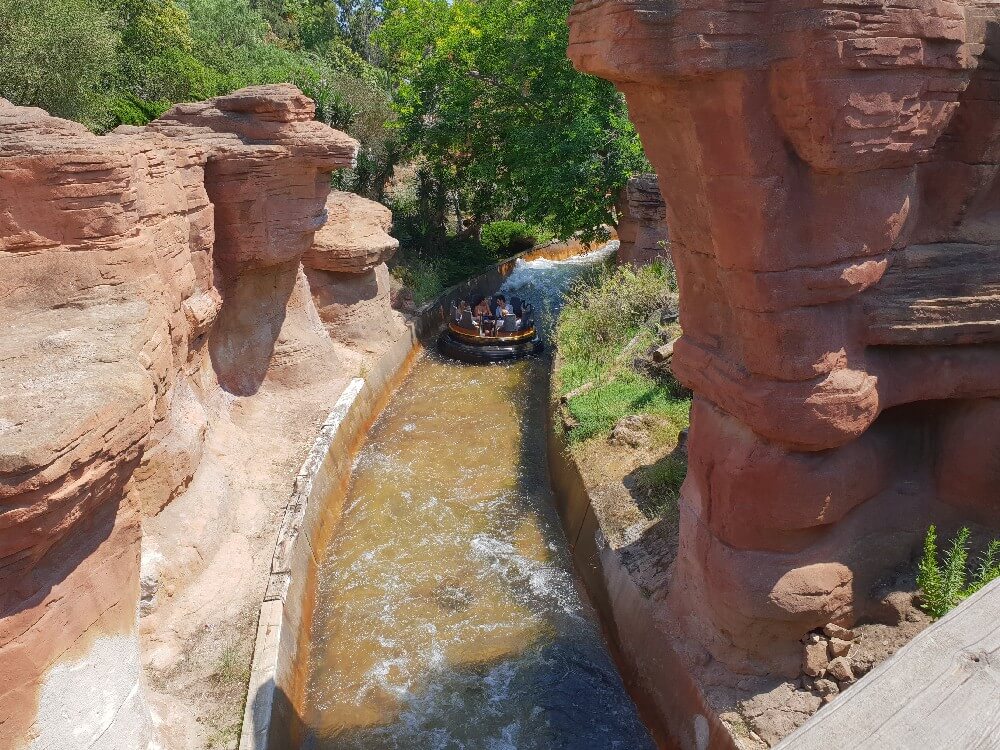 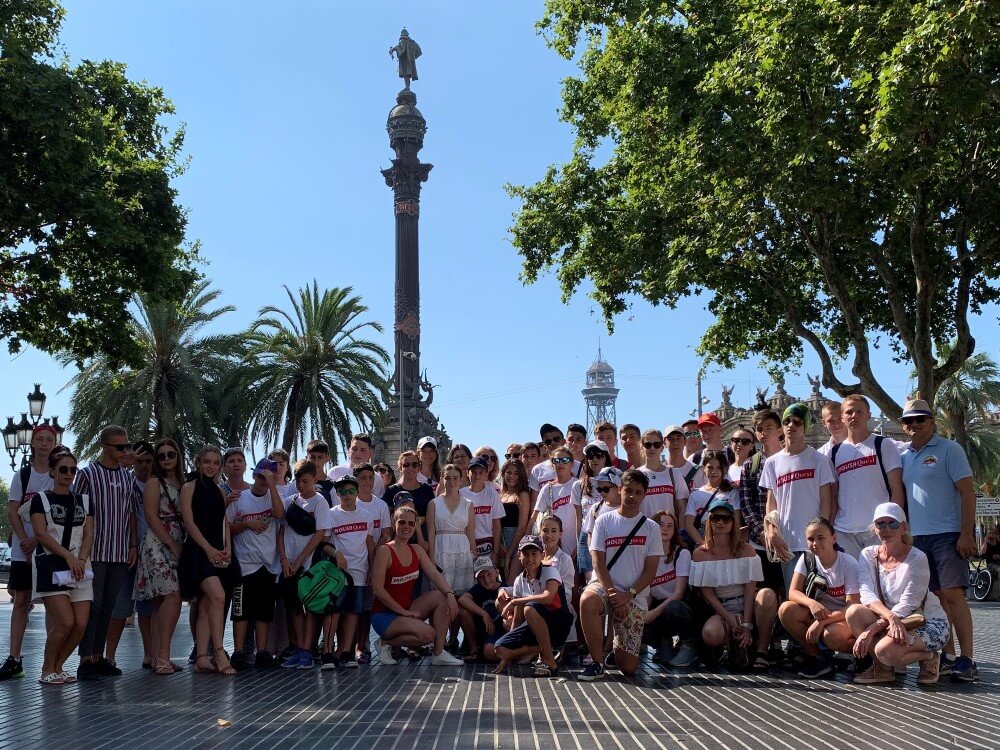 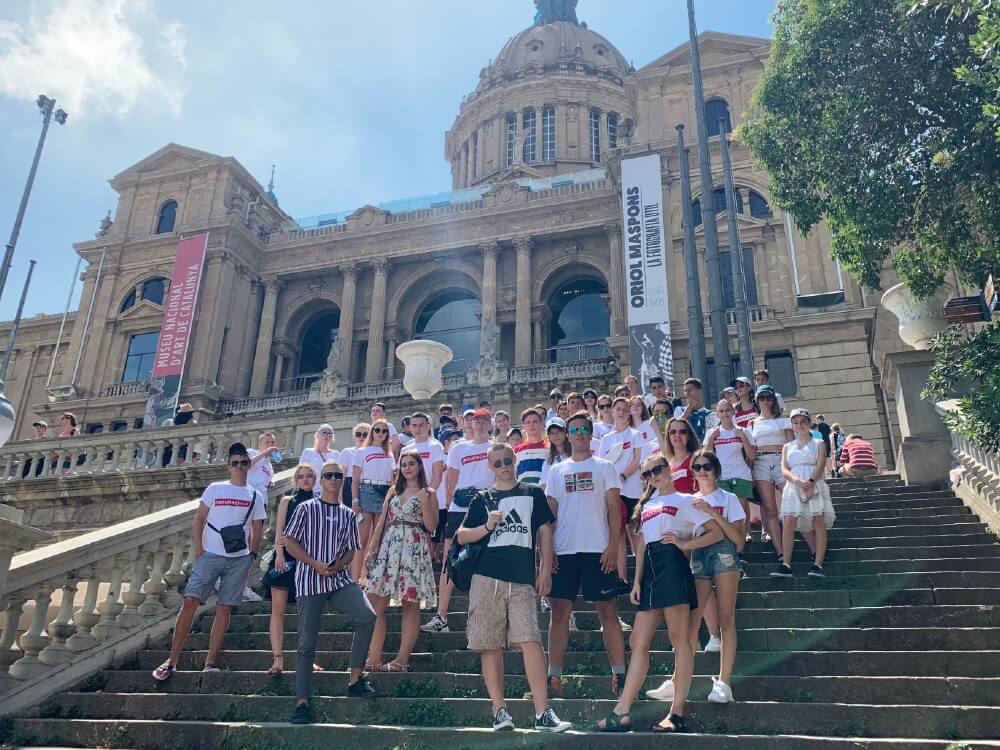 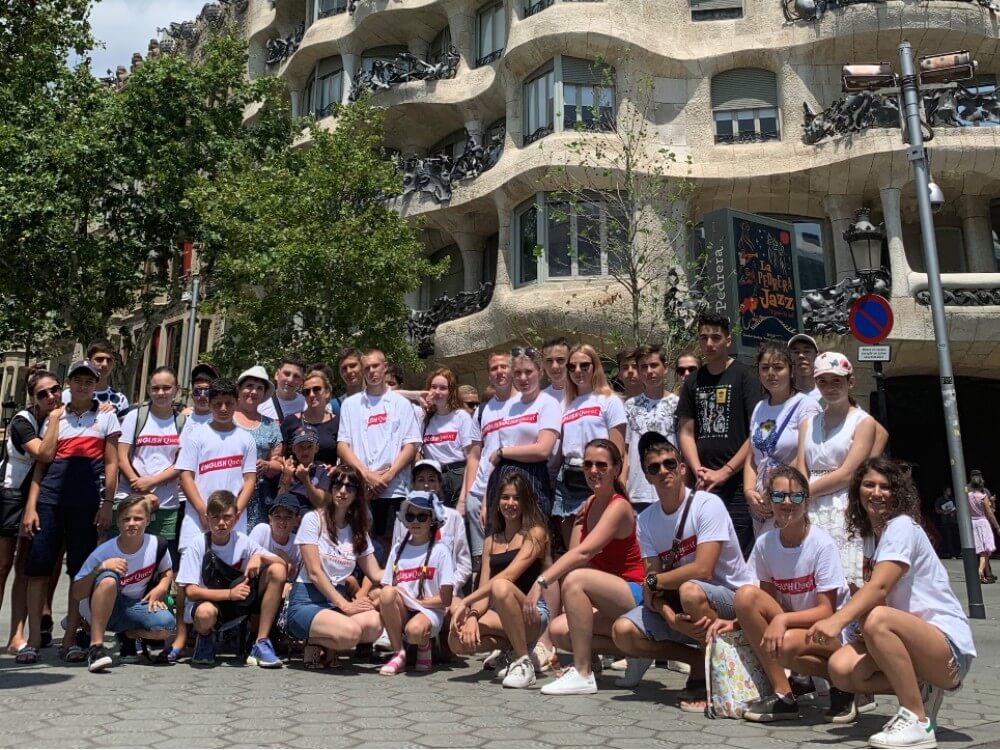 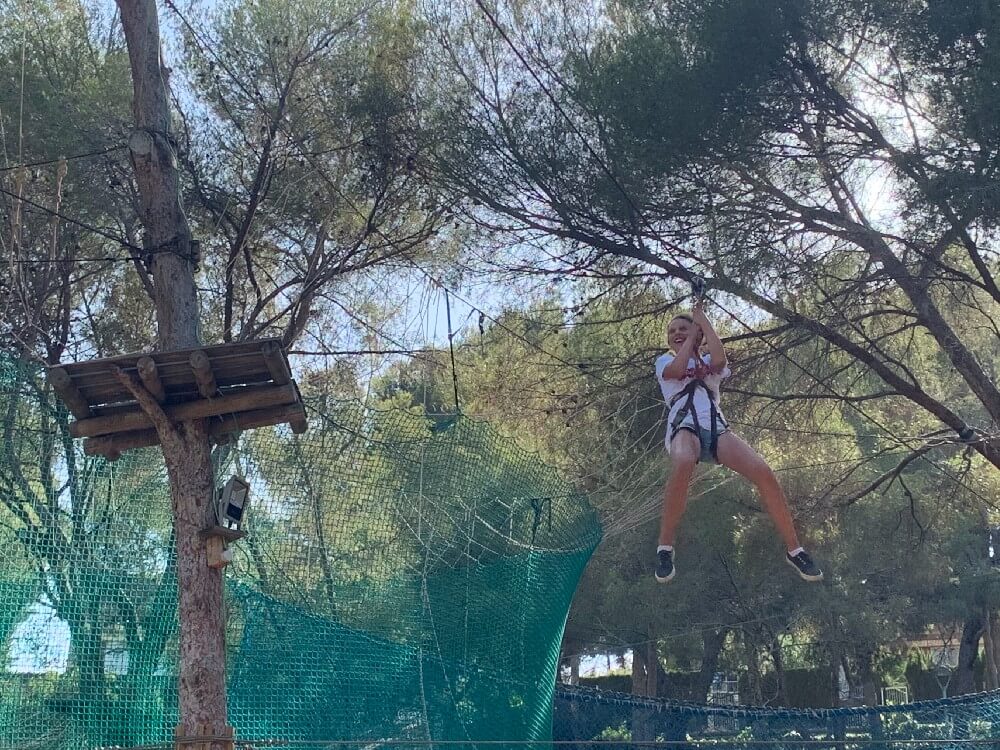 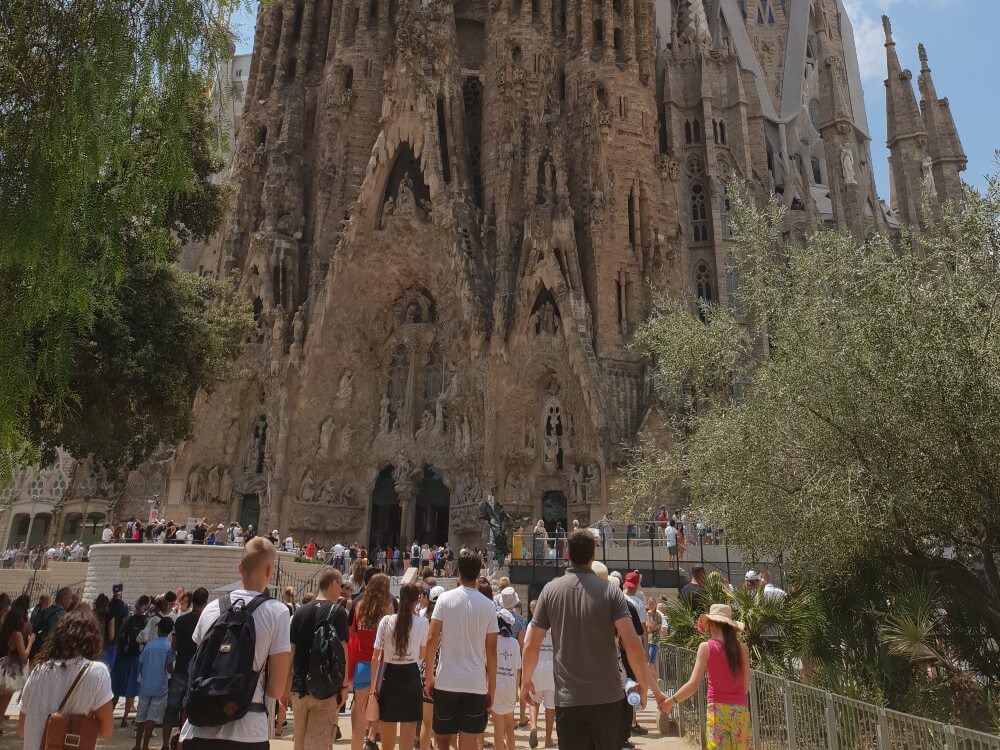 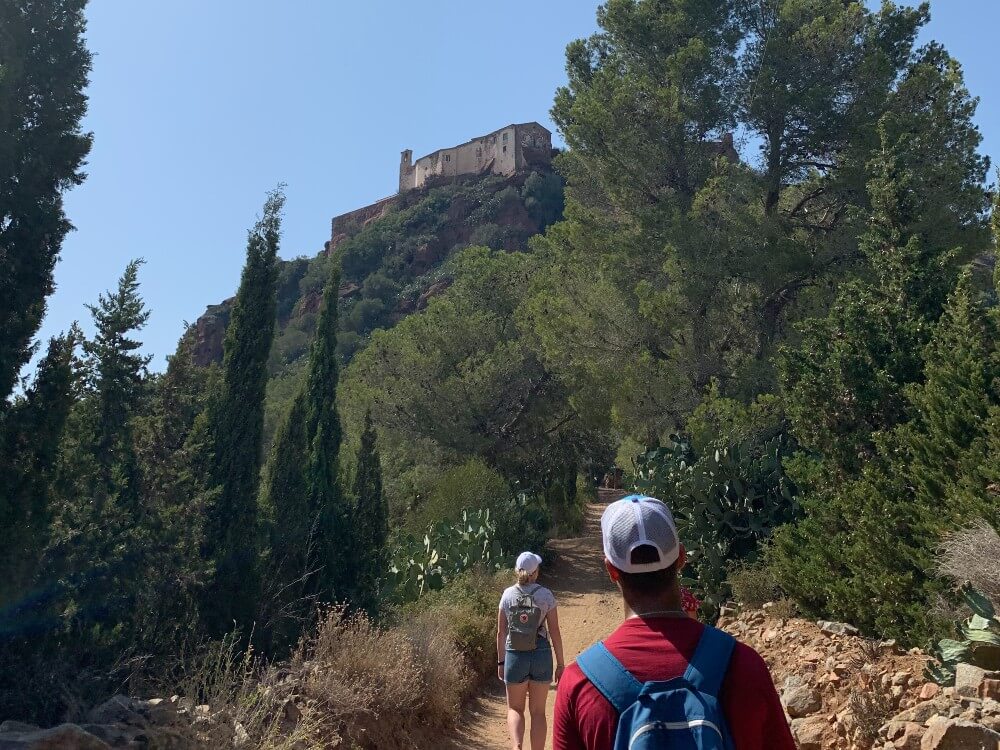 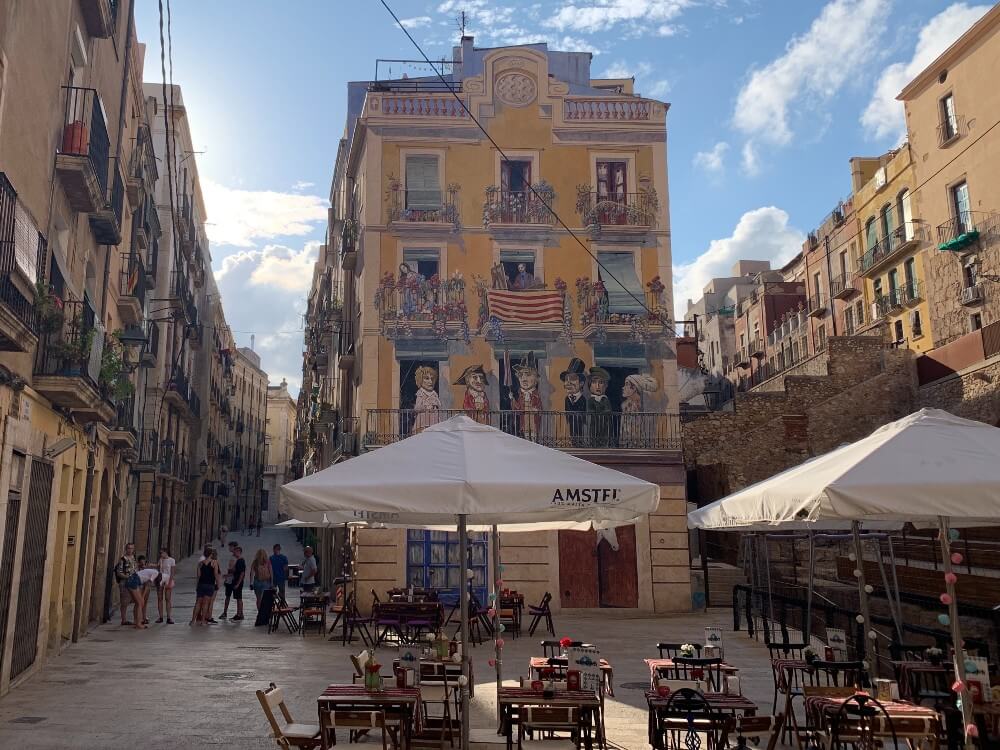 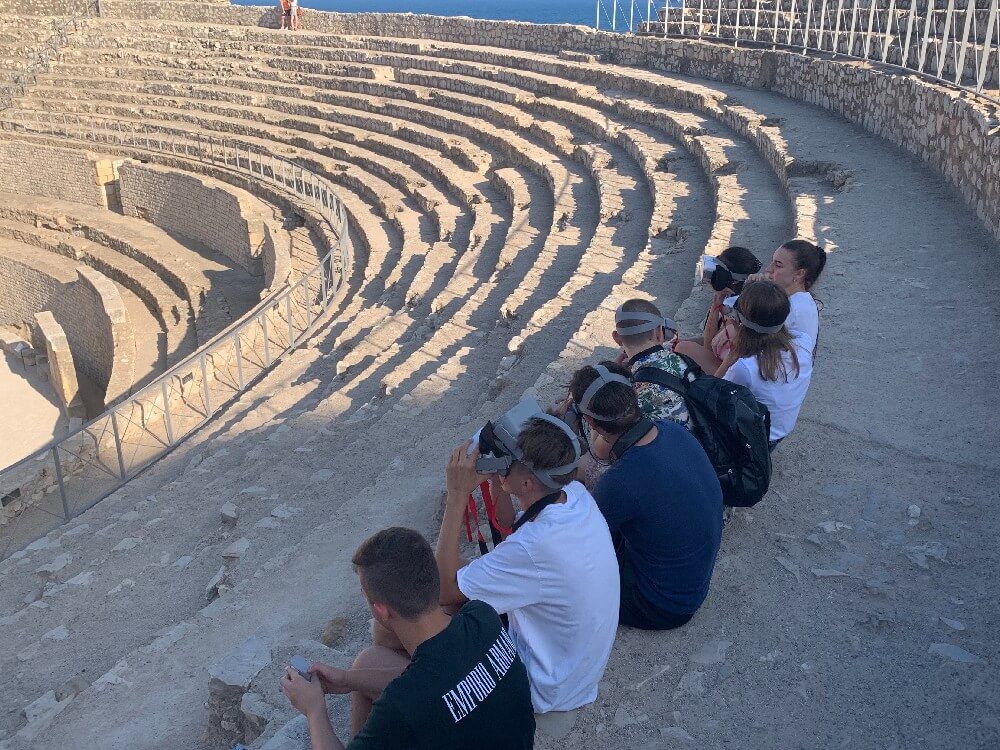 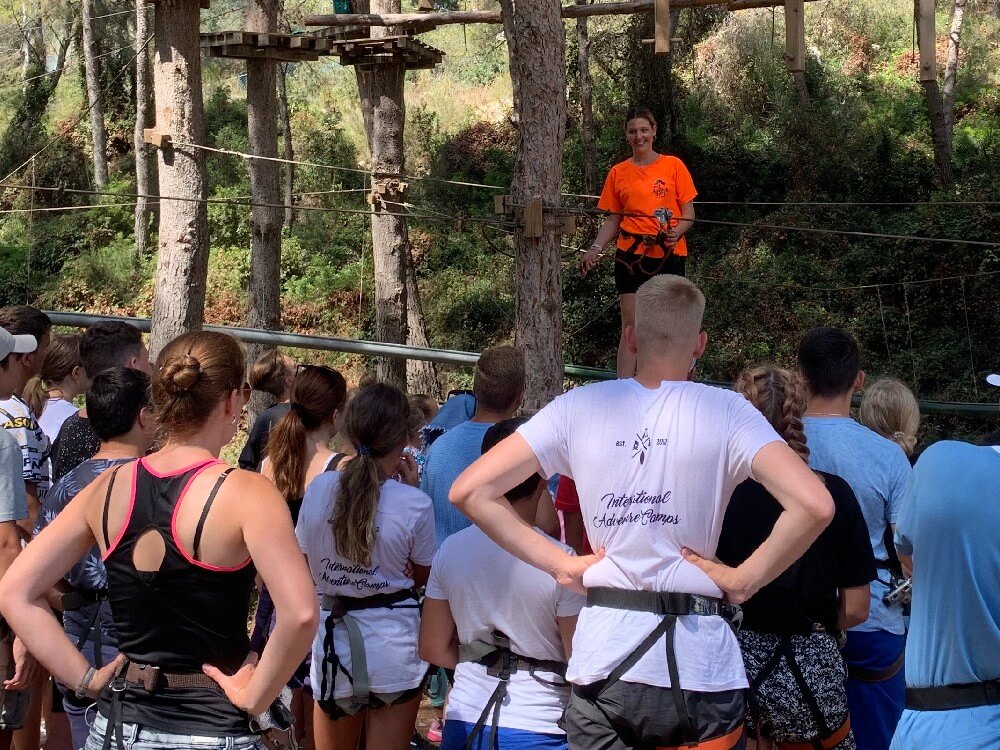 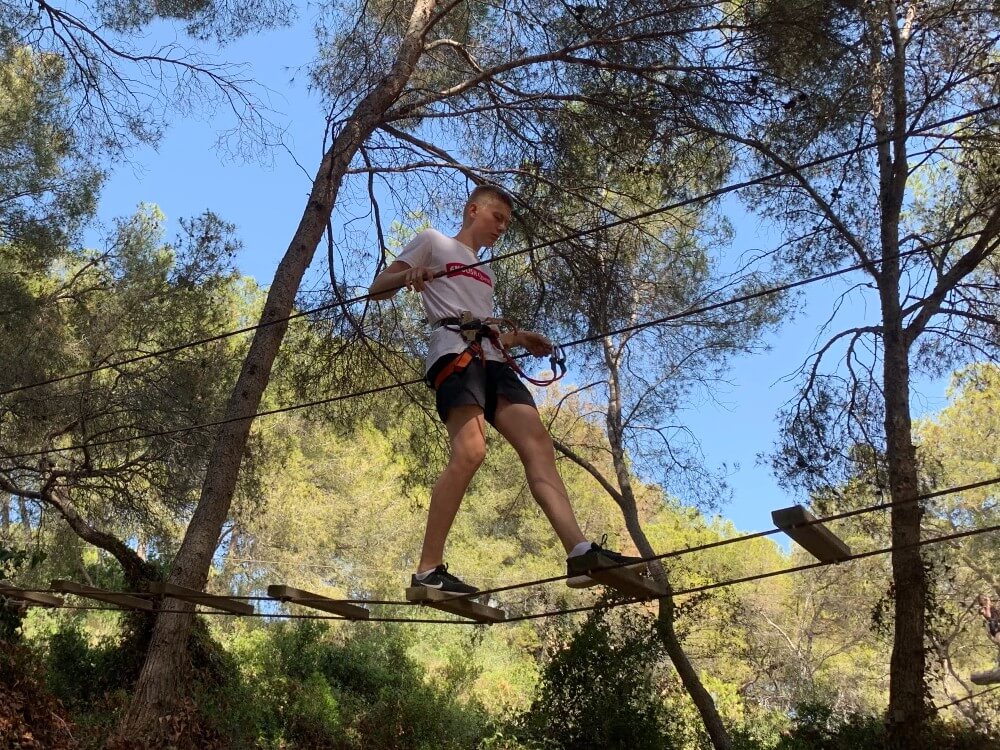 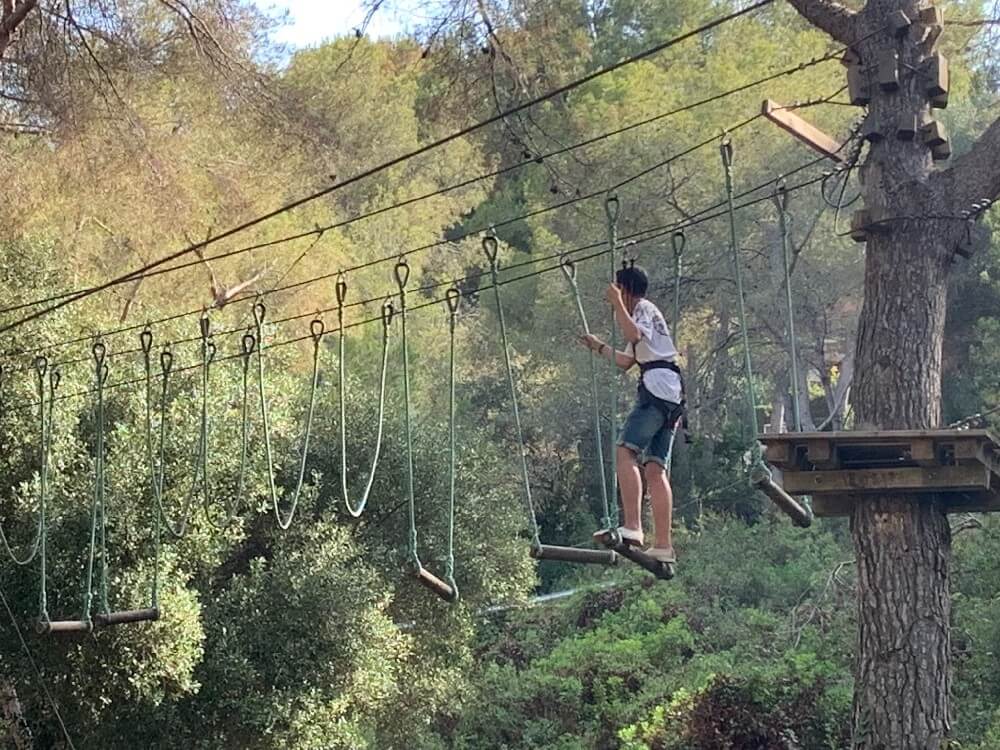 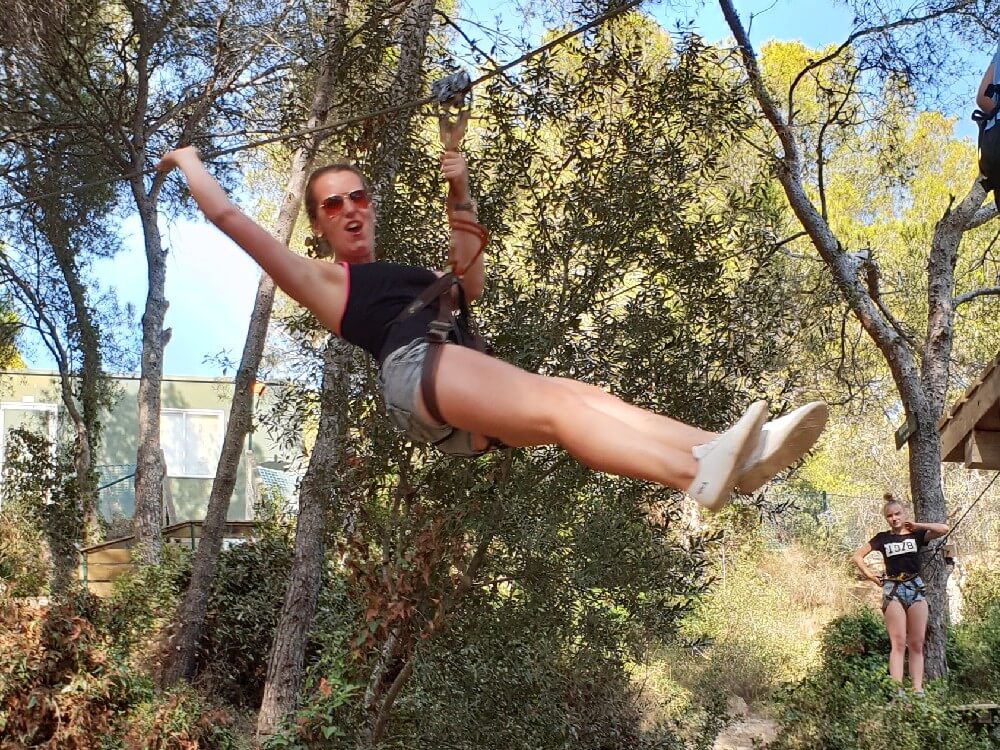 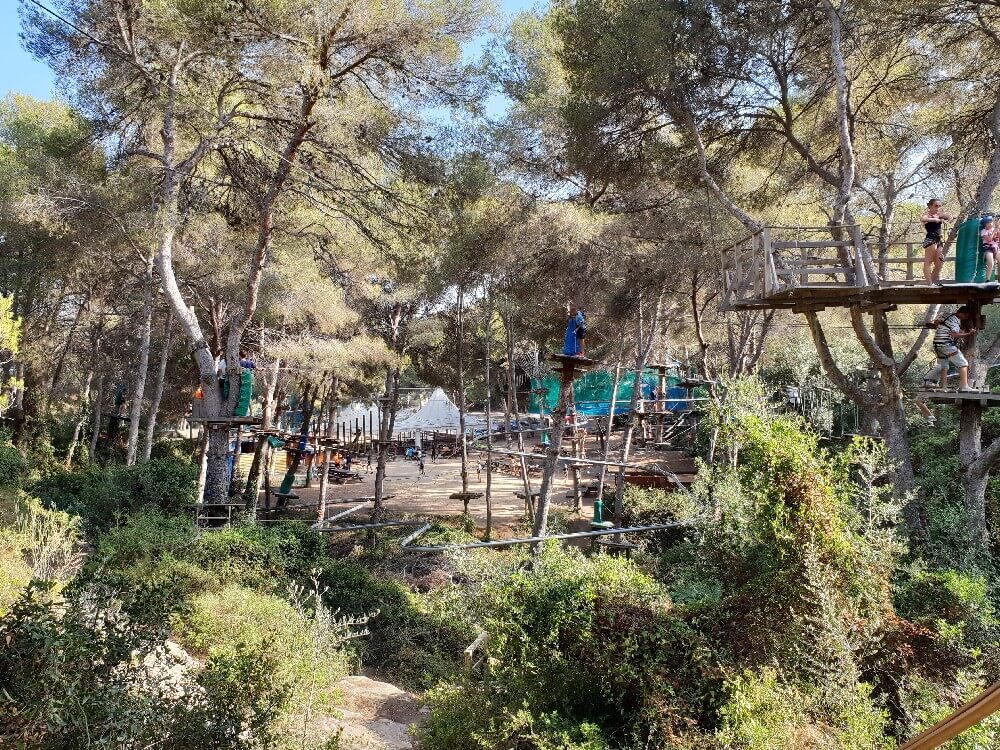 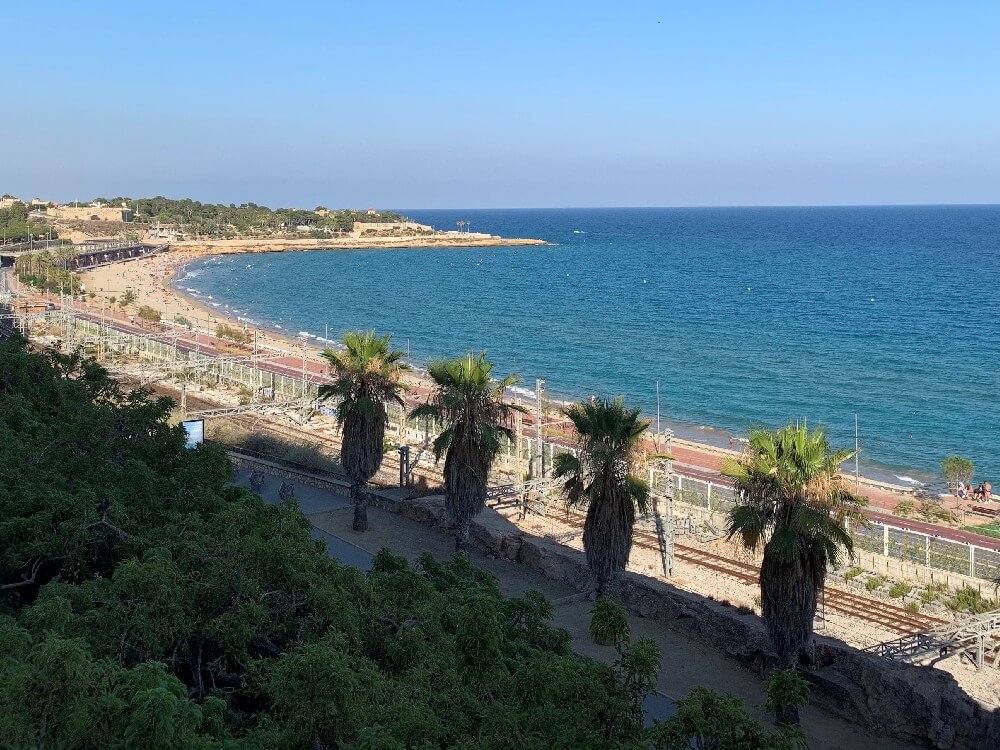 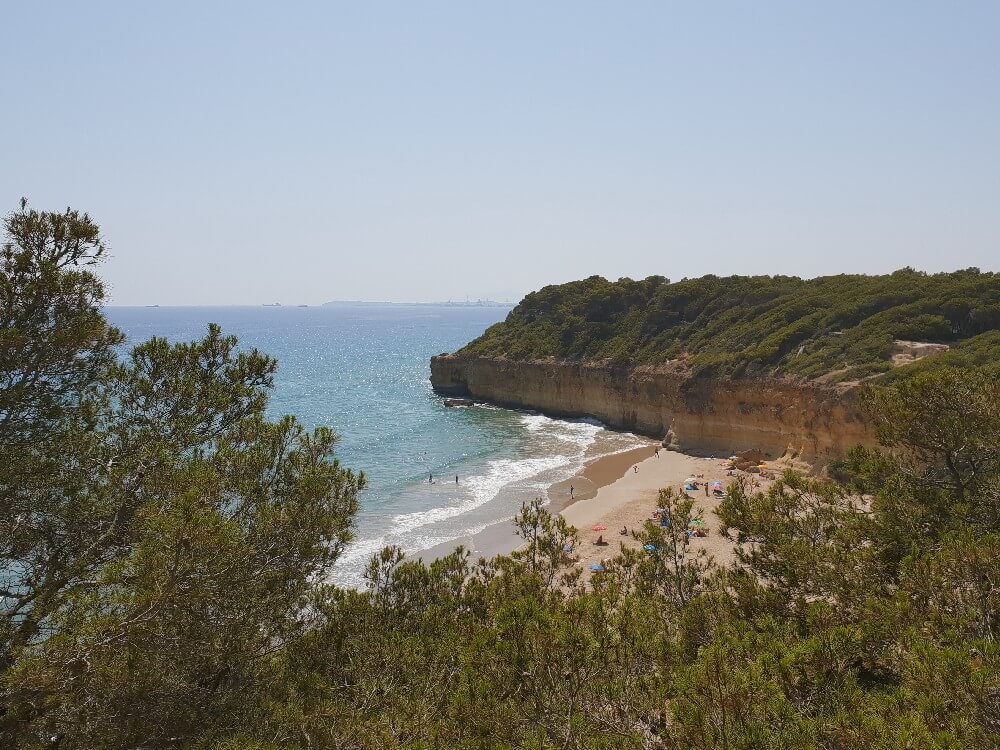 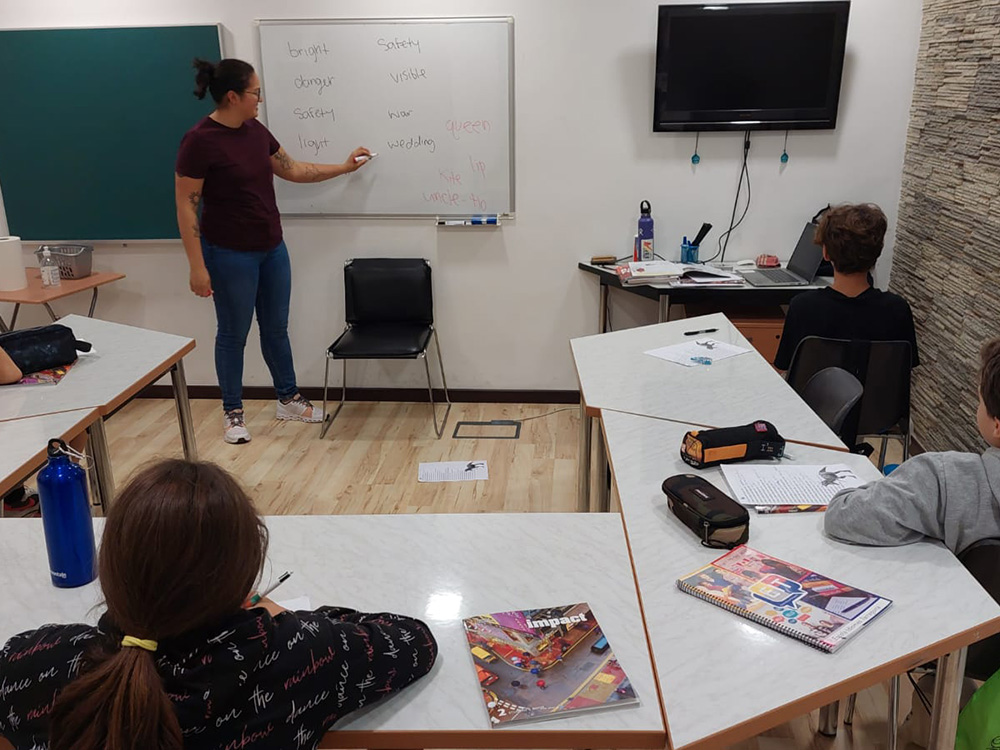 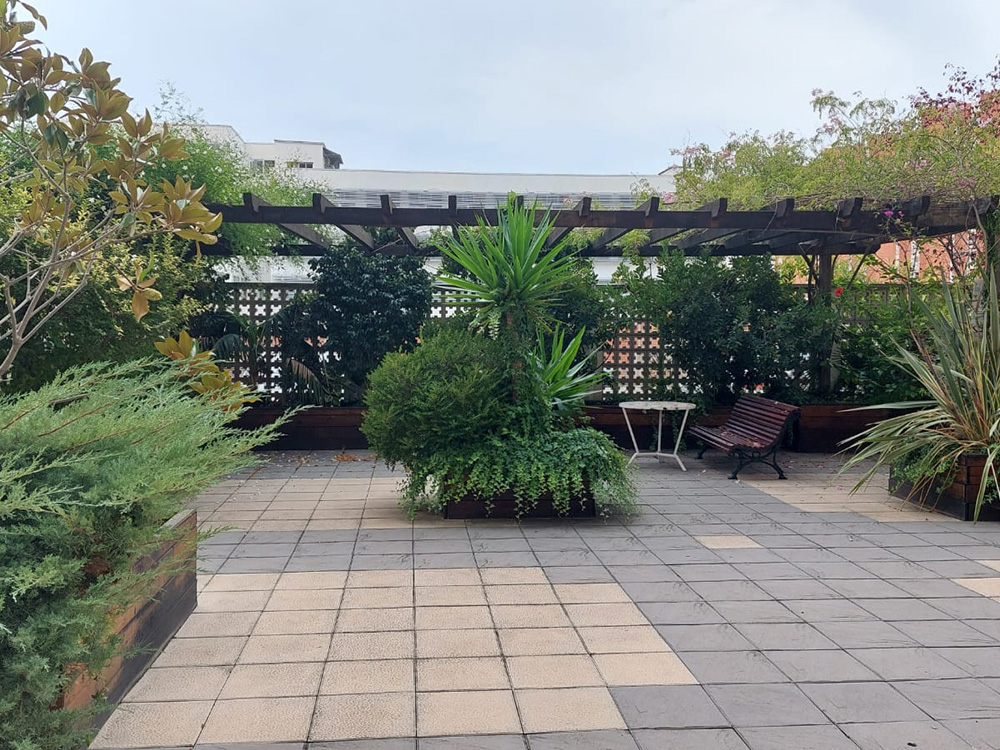 What Our Students Say

Food is great, activities were very interesting and amuzing, and in general the atmosphere is lovely and comfortable,…….feeling like home!!!!

I liked Quest Summer Camp! I really loved the activities. ……..the lessons were good……..group leaders were caring and joyful and I liked the overall atmosphere

I like my room…..After lessons we used school swimming pool and I really enjoyed it…..the food was delicious…..All activities were funny and interesting, especially the orienteering game……our group leaders were very good and always understood me

The lessons at school were fun…….and the teacher was very nice……the group leaders were kind, nice and were caring about us…..in general, I had a lot of fun and I will never forget it 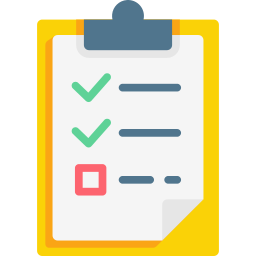 The dates of each session 2023 are as follows:

For Group bookings please contact us at: info@englishquestcamp.com to offer our special rates.